There’s free wireless on bits of the London Underground now – so far available at a few of the central London Victoria line stations. It’s operated by Virgin Media, which is convenient because I use them for internet acces at home as well, so it’ll going to stay free for me after the Olympics. But like all public wifi, it acts in a slightly weird way that I’ve been trying to figure out.

Specifically, the first (few?) HTTP request(s) that my phone makes on the connection get intercepted and redirected (I’m doing this on a phone, so I don’t have a lot in the way of fine-grained header debugging) to an advert / splash screen for the Virgin Media service provider. Non-HTTP stuff seems to be unaffected, specifically HTTPS isn’t touched – I can use my Twitter client as soon as the wireless has connected, but the first attempt at browsing gets hijacked.

This behaviour is playing havok with the Lanyrd iPhone app (which I wrote, so have a special interest in) – it’s got a lot of views that are built from HTML in UIWebViews, and though all the API calls it makes go over HTTPS, I have made the mistake of fetching the templates over plain HTTP, so half the in-app views are suddenly adverts for central London attractions. Weirdly, I get different pages in the Lanyrd app than I can persuade the web browser to serve. I need to spend some quality time just sitting on an underground platform with a laptop debugging things. Which probably won’t get me arrested.. 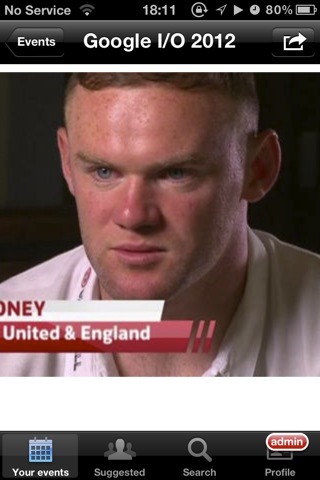 In the past I’ve also had problems with some mobile phone HTTP gateways stripping out / optimizing HTML, stripping out comments, for instance. But this is more disruptive than most connections I have easy access to.